Get to know our Management and Members 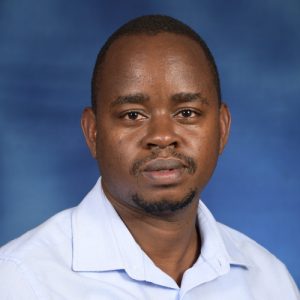 Dr. Simba is a paediatrician who attained his undergraduate (2007) and postgraduate (2014) training at Moi University, Eldoret, Kenya. He underwent a clinical training fellowship (2019/2020) in respiratory medicine through the European Respiratory Society at Alder Hey Children’s Hospital in Liverpool, United Kingdom. After completing his internship in the Ministry of Health, Kenya, he initially worked as a medical officer at Meru General Hospital between February 2009 and August 2010. Between September 2010 and March 2016, he taught at the Moi University’s Medical School. After completing his master’s paediatrics training, he served as an Honorary Paediatrician at the Moi Teaching and Referral Hospital, Eldoret, Kenya. He currently teaches at the Department of Child Health and Paediatrics, School of Medicine, Jomo Kenyatta University of Agriculture and Technology, Kenya and also an Honorary Paediatrician at Mama Lucy Kibaki Hospital, Nairobi.

Dr. Simba is particularly interested in evidence-based medicine, more so in paediatric respiratory medicine, and in advancing child health in the country. Apart from being involved in KPA, Dr. Simba is also an active member of the Respiratory Society of Kenya, the Pan African Thoracic Society, and the European Respiratory Society. He has served in several School boards of Management in Kitui County, where he is currently the Chair, Board of Management, Kalimenza primary school.

Any cookies that may not be particularly necessary for the website to function and is used specifically to collect user personal data via analytics, ads, other embedded contents are termed as non-necessary cookies. It is mandatory to procure user consent prior to running these cookies on your website.